Most PC users fail to recognize the importance of the Power Supply Unit.

They purchase a PC power supply based on its total wattage, believing that a higher wattage means better performance.

Others just don't pay attention to the power supply unit and continue using whatever they receive with their machine.

A PSU just does its job like it should without being too flashy with its features and exterior. That is why it is often less revered as compared to other PC components.

However, a bad PSU can fry up all the other parts of your PC, and therefore, it might be a good idea to be more considerate and attentive as you choose your PSU.

I believe that the credibility of the brand from where you're getting your unit is one of the most important considerations when buying a PSU.

Since your whole set-up depends on your PSU for power, a small malfunction can have severe implications on your expensive components such as the CPU and the GPU.

It would be in your best interest to get a PSU from a well-known company, whose products have been tried and tested by many users.

While they might cost more than the ones from small companies, the security it brings is good enough to tip the scale towards choosing a unit from renowned companies.

In this article, I listed down the top PSU Brands and their different series for you to make an informed decision. From my own research and experience, these brands are those that are trusted by the community.

Our Top Picks for PSU Brands and Series

Another household name in the PSU industry is Corsair. The company launched by entering the memory market, focusing on SRAM and DRAM modules. As it found success on that market, it gradually expanded its reach in different computer peripherals such as storage, cases, mice, keyboard, and finally PSU.

It has found relative success on other peripherals but has gained tremendous recognition and reputation from its PSUs. Most of its PSUs are manufactured by Seasonic.

The CX series is Corsair's entry-level contribution to the PSU industry. When I was beginning to take an interest in building PCs, the first PSU I got came from this series. It is because it is economic-friendly and I still got an assurance of a reliable brand with it. 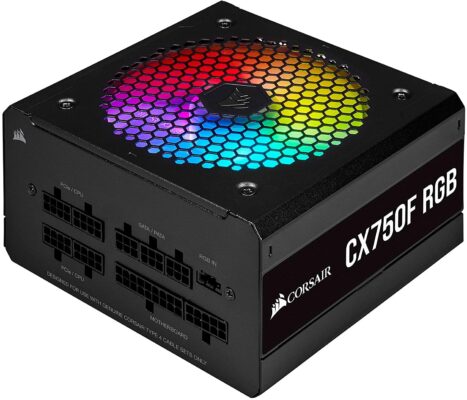 This series is the mid-range instalment for Corsair. It features Japanese capacitors which increase the efficiency of how power is distributed throughout your computer. It has an 80 Plus Gold rating and a semi-modular set-up, so it is a powerful and convenient PSU that can be used for relatively powerful PCs. 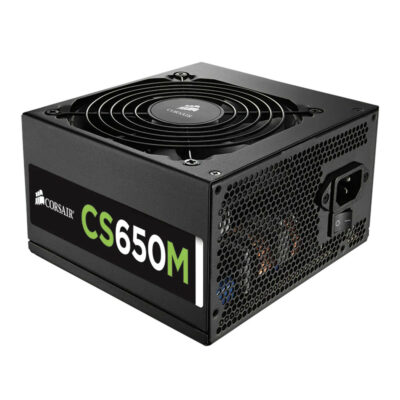 For Corsair's high-end family, leading the pack is its flagship line, the AX series. It features fully modular ATX PSUs. It can deliver up to 94% power efficiency on its highest wattage since it is rated 80 Plus Titanium.

Similar to the previous entry, it also utilizes Japanese capacitors. It has a software suite for proper monitoring and control of the unit. 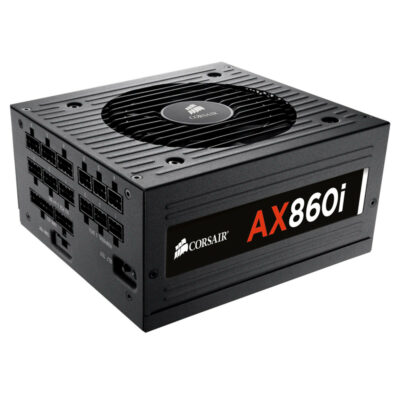 EVGA is another company that first specialized in Nvidia-based GPU cards and Intel-based motherboards. It began adding other PC peripherals to its arsenal during the last decade. It slowly gained its reputation on other components and that includes PSUs. Its naming scheme for its PSU families might get confusing as they are single letters that can be mistaken for the PSU rating.

These two series are both entry-level lines from EVGA. The W1 is an 80 Plus Rated PSU while the latter is 80 Plus Non-Rated. It means that the N1 plays around 75% level of efficiency.

The warranty for the W1 is for 3 years, which is one greater than the N1's. These are non-modular PSUs so their sleeved cables can be an obstruction inside your system if you are keen on cable management. 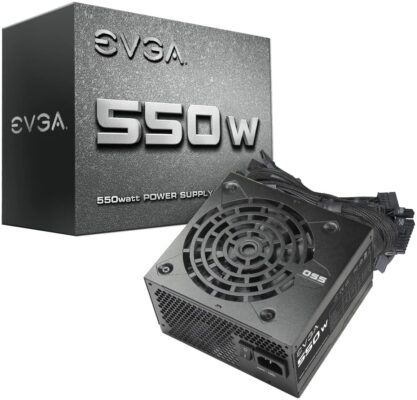 This series is dedicated for moderate users. It has a number of submodels so it can accommodate different factors that users want. For the most part, they all utilize 100% Japanese Capacitors and are fully modular.

They are also rated 80 Plus Gold so it means that it can give you around 90% efficiency or higher. 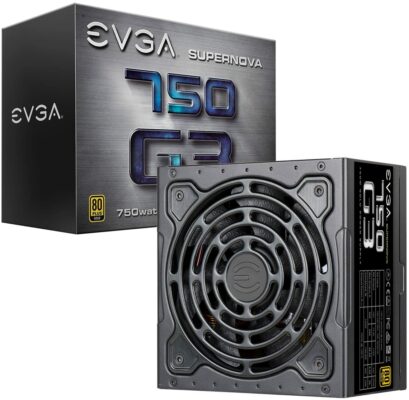 EVGA's top of the class is its T series. It is targeted at those who are willing to spend a lot for their PSU. It features a fully modular ATX PSU, 100% Japanese Capacitors, 10 years warranty, 80 Plus Titanium (around 94% efficiency), and several protocols that will protect your PC in the event of a malfunction. 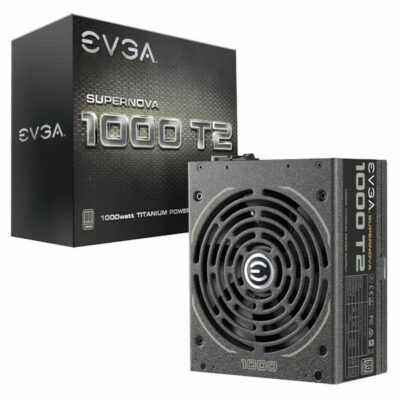 Thermaltake is mostly known for its coolers and PSUs. It got my attention since their branding has been closely associated with RGB lighting. Most of its products, ranging from various PC components, are integrated with this eye-catching feature.

As promised by Thermaltake's reputation, even its low-tier PSU comes with an RGB functionality. While there are other cheaper Thermaltake alternatives to this line, I chose this to be the budget representative so that it sticks to the company's branding, which is to stand out by providing brighter features.

For a budget PSU, it still provides a decent efficiency rating of 80 Plus Gold. It is equipped with Japanese Capacitors and a hydraulic bearing fan that minimizes noise while efficiently dissipating heat from the PSU. 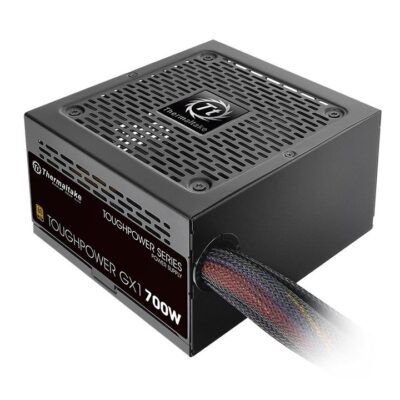 For the mid-range category, the GF2 line is made with premium components, resulting in a reliable power supply. It shows a good trade-off between price and functionality. It has a 16.8 million-color Riing Duo 140mm RGB fan that has 18 pre-installed LEDs that can be addressed to your preference. It is also fully modular and contains Japanese Capacitors. 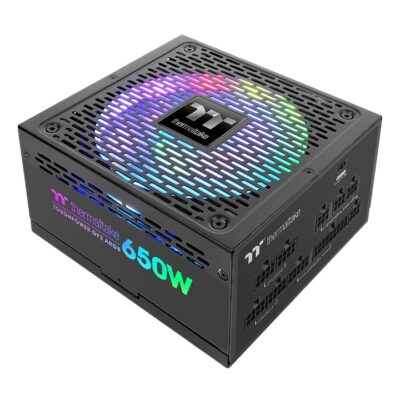 The PF1 series is the high-end representative for Thermaltake. It has three variations, with 1200W being its highest wattage. It contains the same fan as the GF2 with the same RGB/ARGB functionality. However, what sets it apart is its 92% efficiency with an 80 Plus Platinum rating. It has several relevant protection protocols and a 10-year warranty that gives confidence to consumers about the quality of its product. 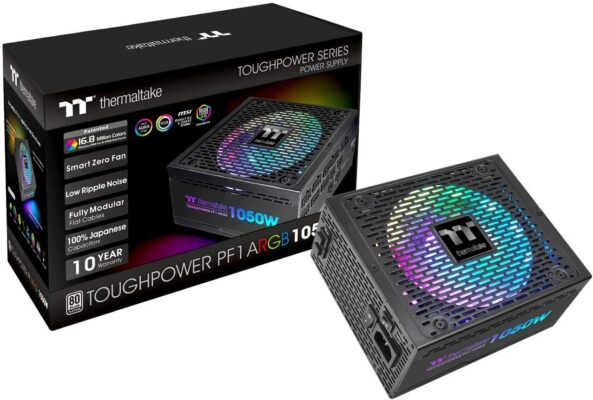 I first encountered Cooler Master when I was looking for an AIO cooler, a product category that they have excelled in. They are original equipment manufacturers (OEM) for big brands such as NVIDIA and AMD. However, they have tried to expand their market to other PC components and have found a gold mine in the PSU category.

This series is one of Cooler Master's cheapest options for PSUs. This PSU is rated with an 80 Plus Standard. It comes in different wattages, starting from 500W up to 750W. It has a non-modular Intel ATX form factor.

The MasterWatt series is still relatively cheap compared to other PSU in its class. It has an 80 Plus Bronze rating, along with an efficient 120mm fan. It has a simple and elegant black exterior. It provides decent performance with high loads, perfect for moderate gaming and other strenuous virtual activities. 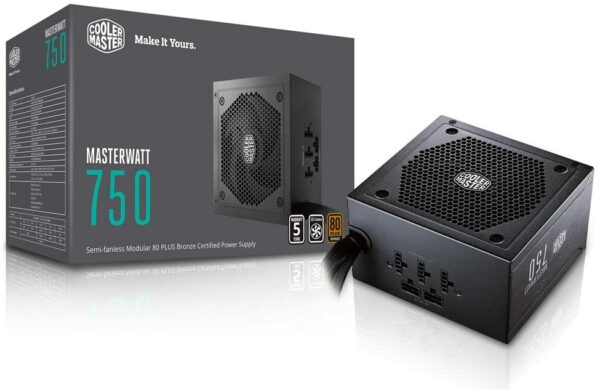 For the last top-tier PSU series on this list, it is the V Platinum family from Cooler Master. As stated in its name, it has an 80 Plus Platinum rating, just below the Titanium rating from EVGA’s T series. It offers a decent power level and performance for a long period of time, with a warranty of up to 10 years.

Another key feature that I noticed for this series is how exceptionally quiet it is as the load increases. It might not look as fancy as the other high-end PSU series on this list, but what is important is under the hood and everything inside this PSU is top of the line. 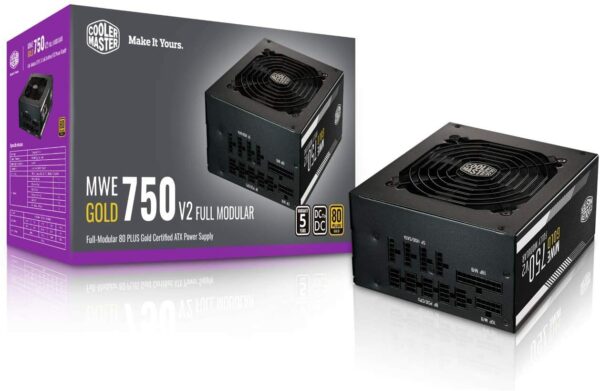 Seasonic is one of the first manufacturers of PSUs on the market. Its first PC power supply was released in 1981. Since then, it has been at the apex of the PSU manufacturing industry with constant releases of standard-setting PSUs.

The quality of its product is so excellent that other companies call Seasonic as the PSU manufacturers for their releases. Examples include Corsair and Coolermaster, household names for PC components that you will encounter in this list. With that, listed below are its different PSU series.

This one is Seasonic's entry for the budget, approaching the mid-range category. It has an 80 Plus Gold certification and the units are semi-modular with an ATX form factor. It has 500W, 550W, and 650W installations. Most entry-level builds can live with the PSUs from this series. 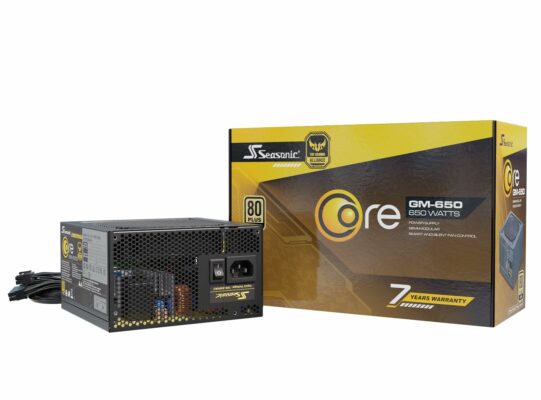 The Focus GX series is the best mid-tier PSUs for Seasonic. It is an ATx PSU and comes on 550W, 650W, 750W, 850W, and 1000W variations. This series can handle relatively powerful set-ups. It is for users who want to enjoy amazing features but are reluctant to spend a lot on an expensive PSU.

The series that is targeted towards enthusiasts by Seasonic is the Prime TX series. Its high-end PSUs are more than enough to sustain and protect your powerful RTX GPUs and CPUs. It is a fully modular ATX PSU and comes with a 12-year warranty, a feature that speaks volumes about how confident it is of the quality of its series. 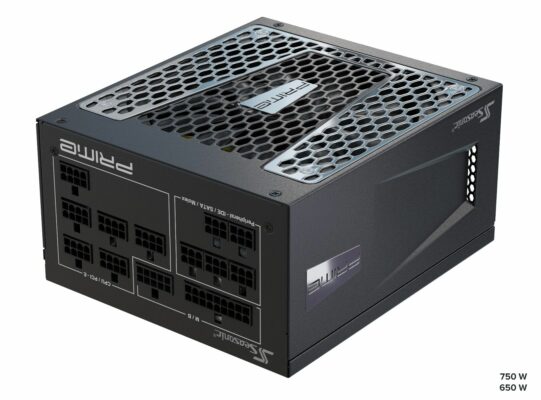 As you can see, I have decided to categorize the given families into three: budget, mid-range, and top-tier. This makes your decision a bit easier. I believe that the main consideration that most PC builders use is their budget.

There is no reason to not get high quality components if you are not bound by financial limitations.

Many consumers are intimidated by these huge brands since they think that it will be too pricey for them but as you can see from this list, all of these brands have PSU lines to accommodate all consumers on different financial levels.

So, if you are looking for a reliable PSU that has been validated by the PC community, you can find what you need here whether or not you’re on a tight budget or you have the money to spend on premium features.