In this post I am going to show you how to optimize font rendering on Linux Mint to get the best looking fonts. Linux Mint uses the Sans font by default on the desktop, that do not look that very nice on lcd monitors.

So we shall do some tweaks to get great looking fonts on the desktop. The tweaks involve the following changes

1. Use Droid fonts on desktop

2. Use Noto fonts as default for web browsers. This is done by mapping the generic sans and serif families to Noto Sans and Noto Serif respectively.

3. Tweak antialiasing settings for individual fonts via the .fonts.conf file to make them look as good as possible. Most of these tweaks are for fonts that appear on webpage.

So lets do it.

The first step is to install the Droid and Noto fonts. Both of them a super excellent fonts that render very well even on low dpi displays when applied with proper antialiasing settings.

Now configure Linux Mint to use the Droid fonts for desktop environment. Go to System Settings > Fonts and select Droid Sans and Droid Sans Mono fonts along with size 9. If you prefer large sized fonts then select size 10. 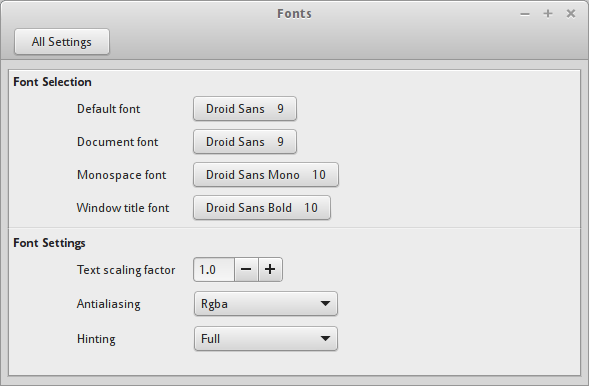 After the desktop the browsers need to be configured to use different fonts. 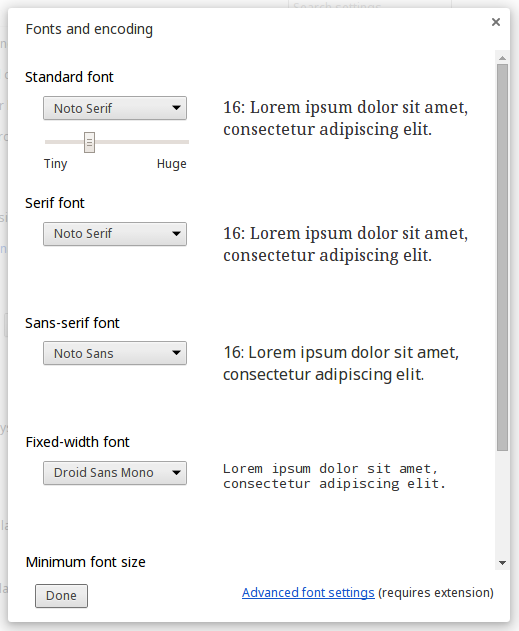 Firefox does not need a separate configuration since it uses the Sans+Serif fonts which would be mapped to Noto sans and Noto serif via the .fonts.conf file as shown in the next step.

Typecatcher is an gui tool that downloads google fonts and installs them on your system. It can be installed with apt-get

This is how it looks. The fonts are listed on the left panel and clicking any of the font would display sample text on the right in that particular font. 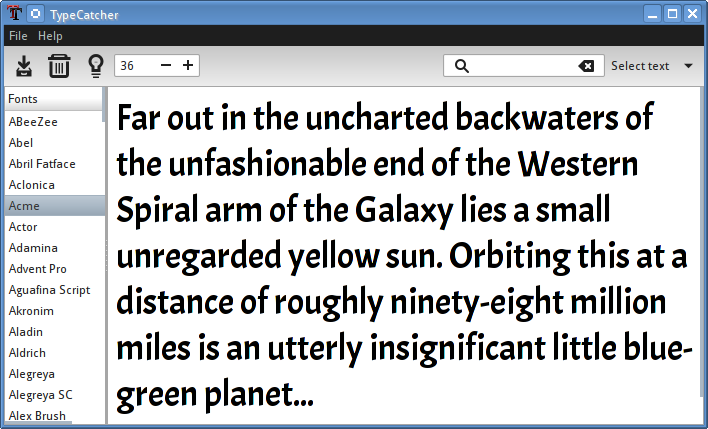 Google fonts contain lots and lots of fonts of various designs. They are getting very popular on websites since they look much better than older fonts.

Some of the popular fonts are Lato, Open Sans, Merriweather Sans, Roboto etc. Install the ones that you like.