The motherboard is the main component on your computer that acts as a bridge for your CPU, GPU, hard drive, and other hardware.

If you are not a PC enthusiast and just use a computer to accomplish school and office work, you might be overwhelmed with the things that you can see on the motherboard.

Motherboards are not that complicated even though they have a lot of components in it.

To give you a better understanding of motherboards, we are going to enumerate its major components and give you a brief explanation of their functions.

Here are some of the most common components found on motherboards.

First on our list is the CPU socket. It is often found at the center of the motherboard, where your processor is being attached.

A CPU socket uses a series of pins that connect your processor to the motherboard. CPU sockets vary depending on the generation of processor and architecture it supports. 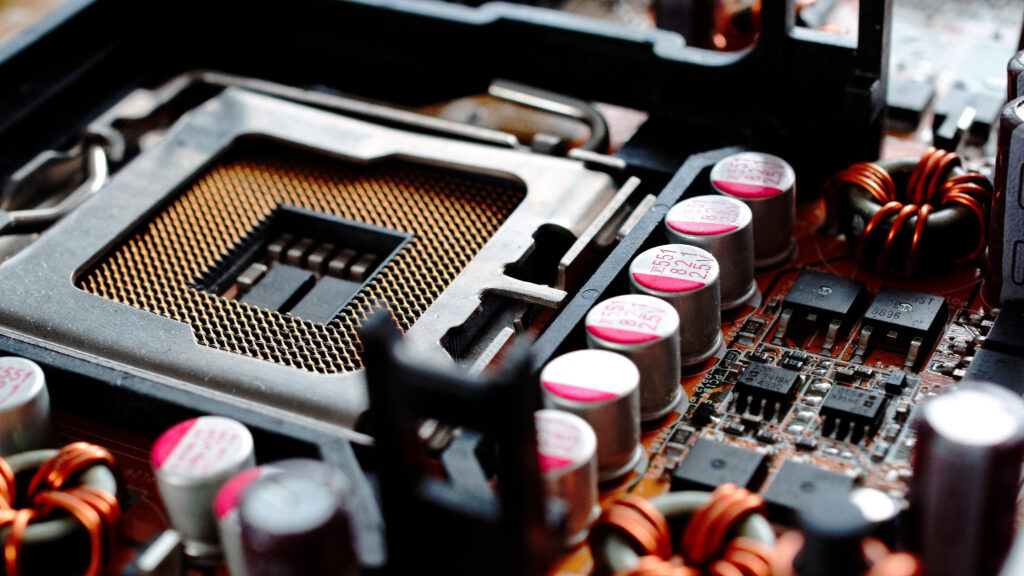 On AMD’s side, check out the list of the latest CPU sockets that they use.

For Intel, here’s a list of their latest CPU sockets.

A motherboard’s chipset is the one responsible for managing the communication between the processor, graphics card, RAM, and other components. Similar to CPU sockets, these are specifically made to support a certain generation of processors.

Mainstream Market - these chipsets are more popular to an enthusiast like gamers, modders, and typical computer users. Top-tier chipsets on this market like the X570 for AMD and H370 for Intel have support for 1x16 PCIe or 2x8 PCIe for a single or dual graphics card setup and expansion slots.

High-End Desktop Computing Market or HEDT - these are chipsets that are used for high-end workstations and servers. It is used by Ryzen’s Threadripper processors and Intel’s Extreme series which have high core counts.

A memory socket or RAM slot allows your RAM sticks to be inserted into the computer. Most of the time, motherboards would have 2 to 4 RAM slots for a single, dual, or quad-channel mode.

This mode provides single-channel bandwidth operation and is activated only when a single stick of RAM is installed on the socket. The single-channel mode can also be activated when you are using two RAM sticks of different sizes and frequencies.

For motherboards with 4 RAM slots, you can run two sets of RAMs that are in dual channel mode. This allows for a 2x 64-bit channel which means double the speed when running data from the memory bus.

Similar to dual-channel mode, Quad-Channel offers a 4x 64-bit channel, which is a lot faster. Motherboards with 8 RAM slots take advantage of this and can be activated if you use 4 or 8 memory sticks on your system.

Most modern motherboards would have one or two PCIe x16 slot for the graphics card and a shorter PCIe x1 slot. Some boards would also have an x4 slot which is not very common since x4 and x1 cards can also be plugged in on an x16 slot, which makes it useless on most occasions. 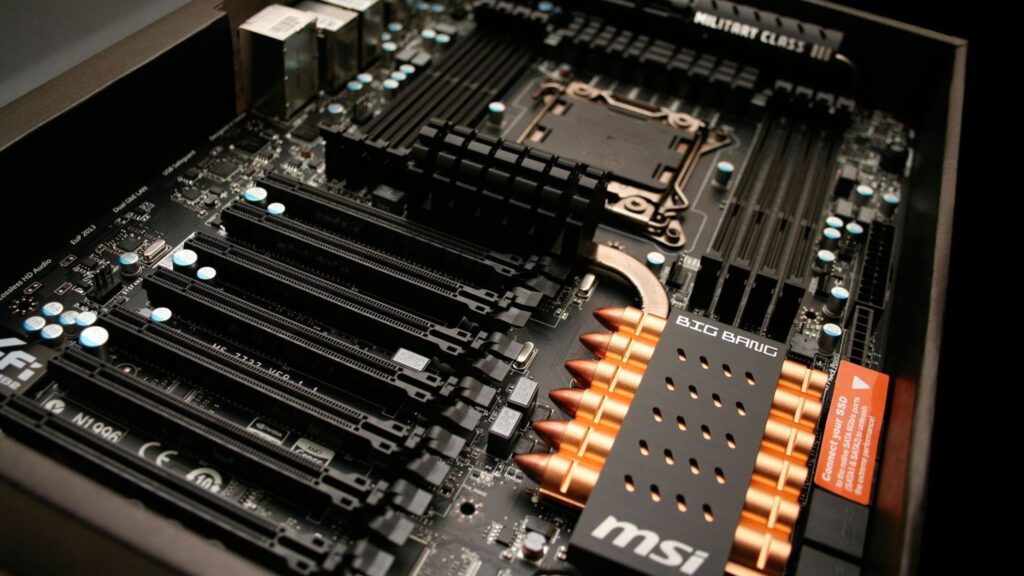 Here’s a list of some expansion cards that you can put on your system.

Bios or Basic Input and Output System contains all the settings on your motherboard which includes overclocking configurations, primary boot options, and other system settings that are needed to boot up your computer. 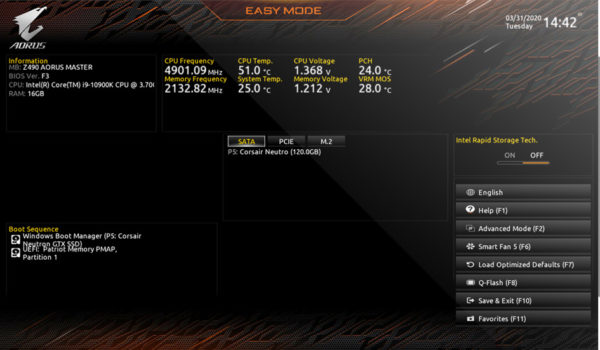 A sample of Software BIOS in Gigabyte Motherboard

On the other hand, the CMOS or Complementary Metal-Oxide-Semiconductor is a small chip that helps store the configurations of the BIOS, after you power off the computer.

The SATA connectors is where you would plug in all of your storage devices that use a SATA connector like mechanical hard drives and solid-state drives.

SATA connectors are used to connect a variety of peripherals like SSD, HDD, Optical Drives like DVD writers.

USB headers on a motherboard are used to connect the additional USB ports on your CPU case. Typical motherboards would have USB 2.0 headers for the front input panels, but higher-end models could also support USB 3.0 and 3.1 for the front panel.

Some newer motherboards also have USB-C headers for the front panel. So you can have a USB C port on the front of your PC case.

Most CPU cases would come with an included audio and microphone input on their front panels. These are connected to the motherboard, particularly to the front I/O port headers.

Other components like LED indicators, On/Off switch, and reset button are also connected to the front I/O ports.

These connectors are in the form of pins with markings that indicate their purpose. Details about these pins can be found in the motherboard manual.

Since most users would equip their systems with case fans, motherboards come with Fan headers, which power and control the speed of your fans. Stock coolers from Intel and AMD also use the fan headers to power their cooler fans.

Compared to connecting your fans directly to your power supply, fan headers give you the option to set custom fan curves for your case fan as well as set the max RPM they could run.

Aside from computer components, the motherboard also has a power connector, which is used to power the components connected to it, like the RAM, graphics card, and processor.

Motherboard power connectors come in the form of ATX connectors which typically have 20 to 24 pin female connectors. This is the largest connector that you would see on your motherboard as it draws all the required power from your power supply.

It is often placed at the right-mid side of the motherboard beside the CPU socket and RAM slots.

Input and output ports are located at the back of your CPU case and often color-coded. These ports enable you to equip external devices like a mouse and keyboard to your computer. 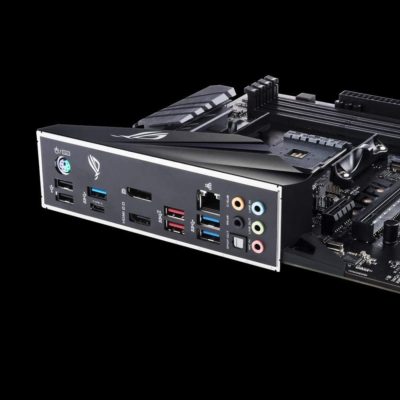 VRM or voltage regulator module is used to increase or decrease the voltage being supplied to your components like the GPU and CPU. Without the VRM, the power from your PSU would not be usable for your components.

The VRM makes the current from your PSU more stable so that it can be used by the processor and graphics card without any problems. It is often covered by a VRM heatsink to help it cool down since the module heats up during use.

Of course, we wouldn’t miss RGB! Since most desktop users prefer having RGB lights on their CPU cases for aesthetics, motherboard manufacturers decided to include a dedicated RGB header which allows you to synchronize and control all the LED lights on your system.

However, keep in mind that your RGB devices should support customization to be able to use the dedicated RGB header.

M.2 slots promote a small form factor and are projected to replace the aging Serial ATA or SATA. It can interface with SATA 3.0, PCIe 3.0, and even USB 3.0. 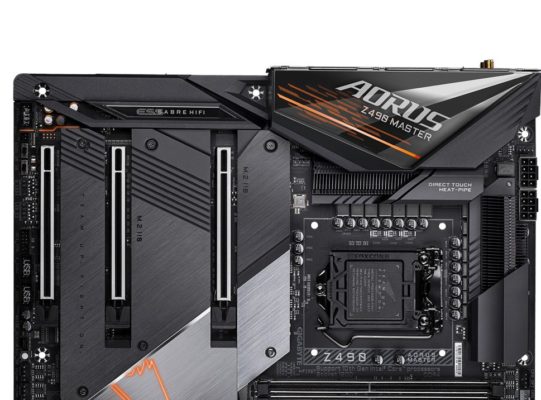 Most mid to high tier motherboards today already come with this slot and are usually used for M.2 NVMe storage devices.

Motherboards may vary depending on the form factor it supports. It is made so that desktop builders would have the option of having a full-tower CPU or a small form factor case.

ATX motherboards are the most common on the market and often used by typical system builders and gamers. The ATX form factor is your best bet if you want to maximize the number of slots available for PCIe and RAM.

On the other hand, MSI’s Z390-A PRO is one of the best ATX motherboards that supports Intel’s LGA 1151 socket. It has support for up to 4 RAM slots in a dual-channel configuration and M.2 PCIe interface for NVM drives.

Micro ATX motherboards come in second in terms of the most used motherboard form factor. It is the balance between mini-ITX and full-size ATX boards and doesn’t sacrifice that much when it comes to expansion slots.

M-ATX boards often measure 244 x 244 mm and support the same CPUs and graphics card as a full-size ATX board. Most of the time, it also has 4 RAM slots but only has one or two PCIe x16 slots.

Fewer SATA connectors and USB headers are also the drawbacks of a Micro ATX board to be able to fit all the components on such a small size.

Gigabyte’s B365M DS3H is a good example of an M-ATX board that supports Intel’s LGA 1151 processors. It still has four RAM slots in a dual-channel configuration and a PCIe x16 slot for your graphics card. 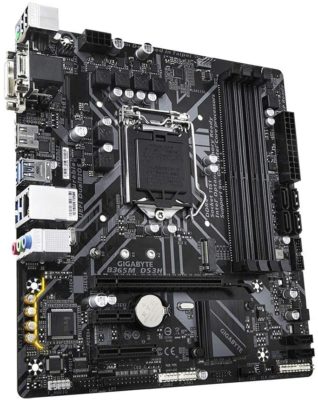 For AMD’s AM4 processor, Gigabyte’s GA-A320M is one of the best options and comes with two RAM slots in a dual-channel setup. It also has a single PCIe x16 slot for your graphics card and two x1 PCIe slots for expansion.

This is the smallest form factor of a motherboard. It is often used for small PC cases that go well on a clean looking desktop setup.

Mini ITX boards often measure 170 x 170 mm and come with fewer PCIe and RAM slots. They often come with 2 RAM slots and a single PCIe x16 slot that is enough for a single graphics card setup.

MSI’s GAMING PLUS B450 motherboard is one of the best mini-ITX boards for AMD’s AM4 socket. It has two RAM slots in a dual-channel mode that can handle up to 32 GB of memory. The board also has support for M.2 drives and a dedicated PCIe x16 slot for a single graphics card.

On the other hand, ASUS ROG Strix B460-I Gaming is your best bet for LGA 1151 processors. It has two RAM slots that can handle up to 64 GB of memory. The board also has fancy features that are not that common at this form factor, like WiFi 6 connectivity and a dedicated Gen 2 RGB header.

With that we wrap up this article on motherboard components. You should now have a fair idea of what a motherboard is made up of and what is the purpose of each part on it.

If you would like to know more about specifications of a motherboard check out the following post:

If you have any questions or feedback let us know in the comments below.

14 Different Components of a Motherboard Explained