Great visuals are an integral part of any computer system setup. Besides the usual considerations about the processor speed, the graphics card, the storage, and the memory, the display quality of your laptop screen or monitor is also a very important part of the conversation.

When it comes to monitors and laptop screens, there is one feature they mostly share, and that is an LCD (Liquid Crystal Display) panel.

While LCDs are generally great at delivering high-quality visuals, different LCD screens are created for different purposes. Some were created especially with gaming and gamers in mind; some offer great contrast, and some are all about delivering the colors as accurately as possible.

In the display monitors market today, the most common types of display panels are the TN, VA, and IPS panels. Which of the different types of displays you choose to go for would depend on what your needs are.

TN (which stands for Twisted Nematic) is the oldest form of LCD technology ever developed. The technology behind this display is premised on the twisted nematic effect, which permits voltage to be used to control liquid crystal molecules.

TN Panel based monitors have the cheapest price for high refresh rate & fast response time monitors. However as IPS monitors are improving their refresh rate and response times, TN panels may lose this only advantage they have over IPS displays.

TN panels are probably only useful for competitive gaming where high refresh rate is needed and color accuracy is not an important consideration.

VA stands for Vertical Alignment. The technology that runs VA displays is one that utilizes vertically aligned liquid crystals that bend to align horizontally whenever a voltage is applied to them. The application of this voltage also allows light to pass through. 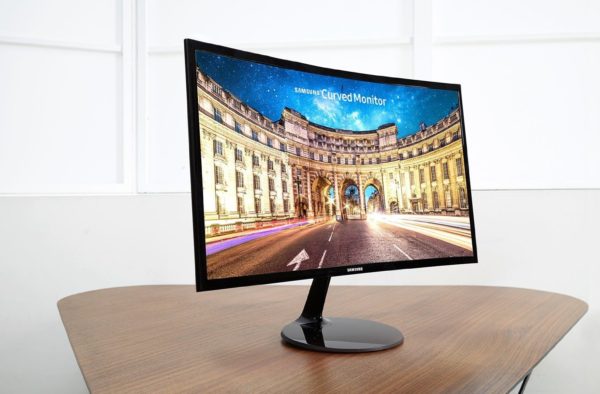 VA panels have slightly better viewing angles and color accuracy compared to TN panel, but not as good as IPS panels. However their contrast is much superior to the other 2 panel types.

At present most of the curved monitors are actually VA display based because the alignment of liquid crystals is such that it helps reduce white glow that affects angular view.

So if you are planning to buy a ultrawide curved display, then the display will be most likely VA based.

IPS is short for In-Plane Switching. Just like the other LCD technologies we have discussed, IPS also utilizes voltages to influence how liquid crystals align themselves.

However, as opposed to TN and VA LCD screens which twist the crystals to change the quantity of light that passes through, IPS crystals are rotated, and this comes with many advantages. 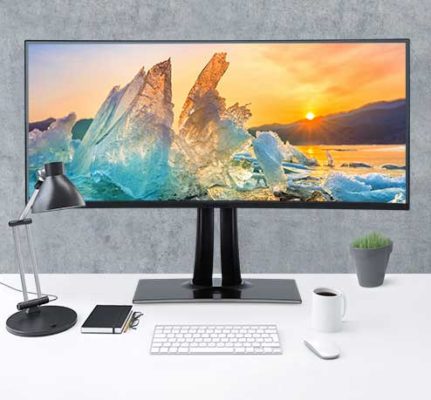 At present the only drawback of IPS panels is slower refresh rates and slower response time compared to TN panels. This may affect the choice of competitive gamers who want the best refresh rates in low budget monitors.

If high refresh rate is not your primary concern then IPS monitors are the best option.

How Do These Displays Compare To Each Other ?

Now that we have got the technicalities of these LCD screen types out of the way, let us compare them in terms of in-use performance. The earlier part of this article has provided a summary of the key comparative features, and now it is time to discuss each of them in more detail.

We would explore their features in the 5 key respects highlighted above, which are: viewing angles, refresh rate, response time, color, contrast, and brightness.

Perhaps the most significant difference among all three LCD screen types is viewing angles. This is because it is the only category where there is a clear distinction in each screen’s ability to deliver. Generally, IPS and VA screens deliver significantly much better viewing angles than TN screens.

As mentioned earlier, TN screens are the oldest out there, so it is understandable why they fall behind the competition in terms of viewing angle.

While TN screens have the worst viewing angles of the bunch, IPS screens boast of the best angles, superseding VA panels in the preservation of color when viewing from acute angles. However, one major drawback of the IPS panel is that it is susceptible to what is called “IPS Glow”, which is an effect that causes the backlight of the IPS to shine through when the screen is viewed from a particular angle.

Although this can be a nuisance, it is usually not very noticeable, except in instances where you are viewing the display from a very acute angle. Of course, the manufacturer is also an important player here and the IPS glow becomes even more apparent in displays that were manufactured to a low quality.

TN displays may not have the best viewing angles of the bunch, but what they lack in wide-angle clarity, they make up for in speed. When it comes to the refresh rates and response times, TN panels have the best performance over IPS and VA screens.

At present, TN panels are the only displays in the market capable of attaining 240 Hz refresh rates, reaching these numbers at 1080p resolution, and even now at 1440p.

VA panels come second in this category, maxing out at 200 Hz when using an ultrawide display. However, for most 16:9 models of the VA panel, the refresh rate limit is 165 Hz. IPS panels have a maximum capacity of 165 Hz, similar to VA panels.

A new type of IPS screen with the capacity to run at 240 Hz while on a 1080p resolution is currently under development by LG Electronics. Whether or not they would be successful remains to be seen.

As with refresh rates, TN panels still top the charts over VA and IPS panels when it comes to response time performance. This is where the age and experience of the TN panel work to its advantage. Because it’s been around for a while longer than the rest, the TN panel has had the time to evolve slowly, giving it a headstart over the VA and IPS panels.

However, the gap between TN and its two competitors has rapidly reduced over the years as both the VA and the IPS panels have evolved quickly, and have now nearly caught up with the TN panel in terms of response time.

Nonetheless, the TN panel still holds a slim advantage over the rest, averaging 1ms in a transition time, and sometimes even going below that number with more recent versions of the technology.

In a close second are IPS panels. The high-end IPS panels can deliver up to 4ms, and when compared with the worst TN panels which clock response times at a rate of about 2 to 3 ms, it is clear that on average, IPS panels can only deliver half the work rate that TN panels deliver.

VA panels are the least efficient of the trio when it comes to response times. On a technical level, this is mostly because of the fact that the crystals (as discussed earlier in this article) in VA panels have to tip over and twist when a voltage is passed through them during operation. This means that they take significant time to respond to pulse changes over the other two panel types, thus delivering slow pixel response times.

When it comes to color delivery, TN panels fall behind the competition. At best, what TN panels have to offer are sRGB, and in some worse case scenarios, can’t even exhaust the entire sRGB color spectrum.

VA panels, on the other hand, cover the full sRGB spectrum at the barest minimum level, sometimes even going higher depending on the quality of the display as determined by the manufacturer. This is because VA screens use a quantum dot film, imbuing them with the capacity to go higher up the color spectrum.

IPS panels offer the best performance by way of color delivery. They occupy the widest range on the color spectrum and therefore, offer the clearest and most vivid colors of all three display panel technologies.

5. Contrast and Brightness - VA is better than rest

When it comes to contrast levels, the VA panel reigns supreme. At the entry levels, VA panels deliver a contrast of up to 2000:1, averaging 3000:1, and even going up to 4500:1 in some instances. The reason why a VA panel has the capacity to produce such impressive levels of contrast is because of the kind of technology underlying it.

VA Vs TN Vs IPS Contrast

VA panels block light in their resting state, hence why they produce the deepest hue of black among all LCDs. This makes them the best option for TVs because the pitch blackness that they produce helps make for great movie watching experiences.

There isn't much to be discussed concerning brightness levels for these panels because the factor which determines the brightness, which is the backlight, has nothing to do with the LCD.

So Which Display Panel Should You Choose?

There is no blanket rule for deciding which of these displays you should buy. The most important factor in choosing the right display panel is mostly subjective and dependent on what your needs are as an individual and/or organization.

If you are a gamer, you would be better off going for a TN panel LCD. Its quick refresh rate and rapid response time make it excellent for quick motion scenarios - the kind of on-screen action you'd frequently be involved in if you're a gamer.

As mentioned earlier, VA panels have the best contrast, making them the number one option for film watchers. If you're in the market for a new display as an avid movie watcher, you'd probably want to invest your funds in a VA panel and they are best suited for such viewing.

TN vs VA vs IPS – Which Monitor Display Panel to Choose ?