A desktop motherboard is designed to host essential hardware for a single-user computer. It has one socket for the processor or CPU, including a slot for the chipset. There are up to four memory sockets, for as many RAMs, and two to four SATA connectors.

Most desktop motherboards have one Ethernet or LAN port for the internet, one slot for a graphics processor, support for one optical drive, and standard input/output connectors.

On the other hand, a server is designed for numerous real-time users. These users are known as clients, and the server is the host.

A server motherboard can host two processors or more, including as many chipsets.

Most server motherboards have a minimum of eight memory sockets, ten or more SATA connectors, two LAN ports, and Wi-Fi in many models, support for multiple graphics processors, and six or more expansion slots.

Most desktops in the world run on Windows. A majority of servers run on Linux or Unix-like operating systems. The former is designed to support desktop applications, or software, such as MS Office, Adobe, VLC, etc. The latter is engineered to run enterprise-grade software, such as KVM or other hypervisors.

Hence, the motherboards for desktops and servers respectively have features that can host the requisite hardware.

Server motherboards have six or more expansion slots so that they can be scaled up. Server environments vary too. A database server and a mail server attend to distinct tasks. Likewise, application servers, game servers, and file servers have different dedicated tasks.

Desktops and servers use different types of central processors. These processors and their chipsets require compatible sockets and slots.

Most desktop motherboards have one socket. Hence, it can only host one CPU.

Xeon processors have more cores and advanced features, such as ECC memory.

The CPU sockets and chipset slots in desktop motherboards can host Intel Core i3, i5, and i7, or AMD Ryzen processors. The sockets in server motherboards support and use processors like Intel Xeon, AMD Opteron, or EPYC.

Whereas server motherboards have 12-16 or even more RAM slots. Consequently they also have more memory channels to support that many slots.

The following image shows an Asus motherboard with 16 RAM slots. 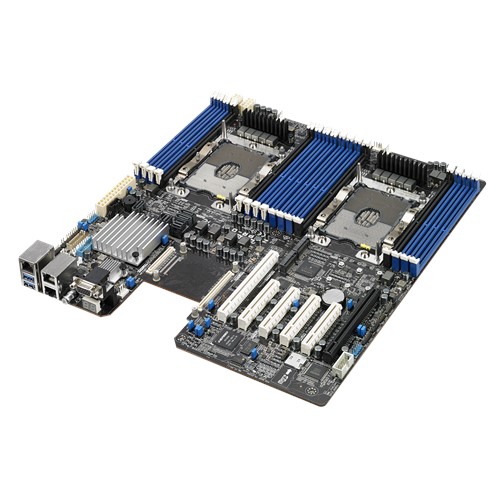 Moreover server motherboards support ECC Ram which are better than ordinary desktop RAMs as in they support error correction, which is necessary for critical business and enterprise environments.

1TB of storage is deemed sufficient in desktops for personal use. Most desktop motherboards have 4-6 SATA connectors that are used for disk drives including ssd and hdd, as well have optical drives like dvd writers.

Server motherboards have ten or more onboard SATA connectors and expansion slots allowing them to support and handle multiple disk drives.

Desktop motherboards support graphics cards on the PCIe slots, but they also have HDMI/DisplayPort and Integrated GPU that enables the hdmi and displayport.

Server motherboards usually do not have integrated gpus, and usually come with only a simple VGA port for graphics output.

Usually graphics options of a server motherboard are not used, since they have managed over network/LAN.

Server processors need more power, and a regular desktop motherboard would not be able to endure that surge, either in electricity or heat. This is why the TDP rating of server motherboards is taken into consideration to know for certain that it can handle the surge in power and heat for a particular processor and chip.

Desktop motherboards usually have only one input/output connector or port for standard hardware components such as the monitor, keyboard, mouse, speaker, microphone, etc. Server motherboards can have multiple ports and connectors for these.

Desktop motherboards can have 6-8 or more usb ports on the backside I/O panel. However server motherboards usually have fewer usb ports, only about 2-4.

The reason is obvious, that server motherboards do not need to connect to multiple devices. They server host services over a network or internet.

Comparison of Motherboards for Desktop and Server

The top five motherboard manufacturers are Asus, Acer, Gigabyte, Intel, and MSI. Intel is the largest as per revenue. Asus is the most popular.

Let us compare a Gigabyte desktop motherboard and an Asus server motherboard. 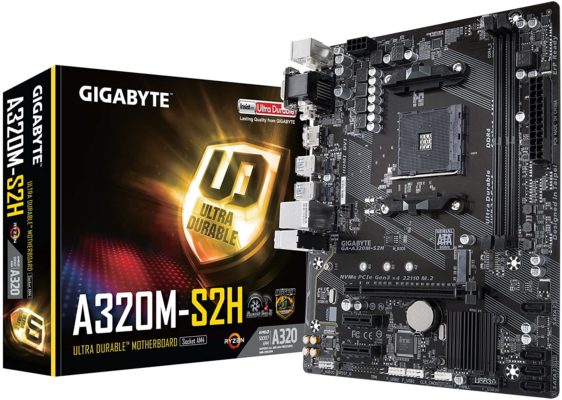 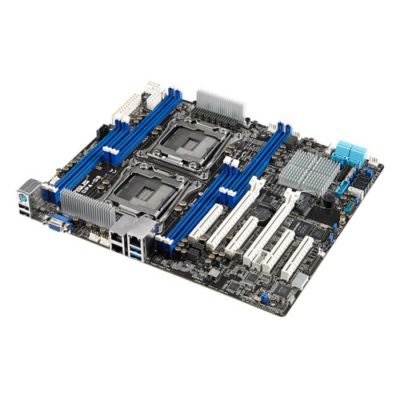 A comprehensive study of desktop and server motherboards would be incomplete without considering the prevalence of what may be classified as hybrids, such as gaming motherboards.

Let us consider one of the bestselling gaming motherboards of the year, ROG Maximum XII Hero made by Asus. 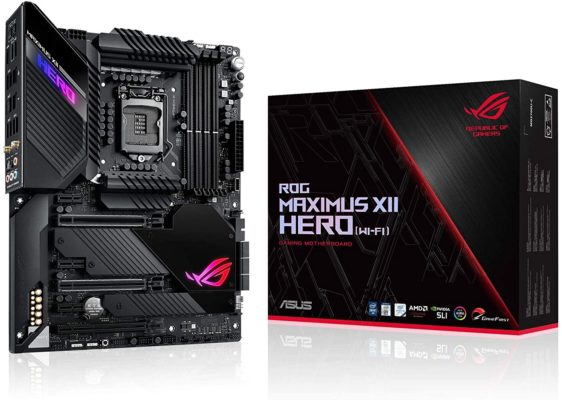 This desktop motherboard from Asus can function as a server for real-time multiplayer games. It supports all common desktop applications for a single user.

The multiple fans and provision for pumps are a collective cooling system, as gaming motherboards tend to get superhot in a very short span of time. All server motherboards are designed to have provisions for better cooling, something that is unavailable in most desktop motherboards.

Comparatively, a desktop motherboard has basic requisite features, whether it is for processor or memory, storage or graphics, and every other significant hardware. Server motherboards are readily scalable and more fault-tolerant.

However there are scenarios when you might need to evaluate a server motherboard setup. For example if you are setting up a small data center or data server at your office that needs to support lots of users in parallel and store data onto lots of storage devices like SSDs.