Tablets have been there a long time and in the Smart world, it would be right to say that they are here to stay.

Every day their utility evolves to include more intricate functionalities, giving users the freedom to use devices anywhere they want.

Most devices have taken in laptop and PC functionalities thereby revolutionising how people work. The best part however is their core tasks like taking photos, video playback and recording keep getting better with time.

Camera resolution and graphics have become better and several photo applications have been developed to enable users edit their pictures with their devices.

Secondly, people are today appreciating larger screens and quality sound system more than ever. With Apple and Samsung at the forefront, tablets are definitely a worthwhile addition to your work and entertainment set.

Here are the 9 best tablets for taking pictures.

The space gray MPDY2LL/A is the latest of the Pro iPad series, released in June 2017. It features Apple’s own operating system, the iOS along with the latest 2.38GHz processor that has only featured on this and one other model in the Pro series. 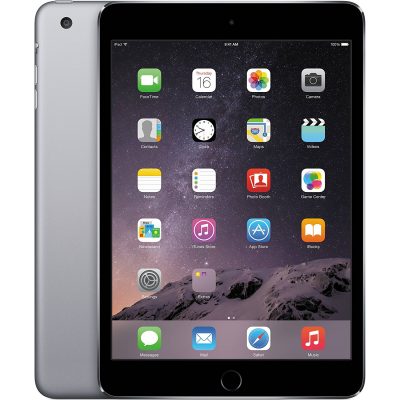 This iPad Pro’s iOS 10 A10X Fusion processor comes with 64-bit 6-core CPU system that boasts a 30% faster CPU and 40% faster GPU performance. Enhancing its functionality is the 256GB installed memory type DDR3 SDRAM, which extends its capabilities to most laptop functions including printing if you have a compatible printer.

Its 10.5-inch retina display is designed with a powerful 2224 x 1668 resolution delivering a broad color range and excellent clarity. This along with the 12MP iSight camera resolution will give you an amazing experience with its true tone flash aspect and up to 63MP on panorama mode when capturing moments.

As sound is also an important element of any device, the MPDY2LL/A comes integrated with 4 speakers. Finally, its lithium battery will take you up to 10 hours on normal function while the Apple Smart Keyboard and Apple Pencil will give you the much valued convenience while using it as a laptop or PC. 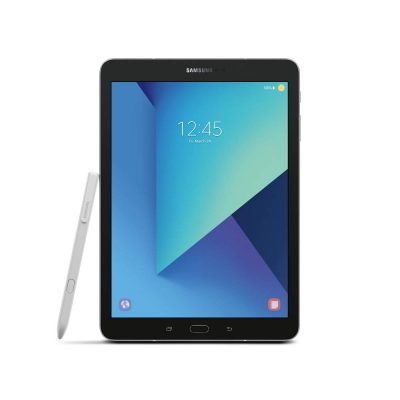 Equipped with an inbuilt flash memory of 32 GB and a 4GB RAM, the S3 boasts of the high-speed Quad-core 2.2 GHz Qualcomm Snapdragon 820 processing unit and a supplementary Adrenal 530 Graphics Coprocessor. The 9.7-inch AMOLED display delivers a high quality HDR visual experience thanks to its 2048 x 1536 pixels screen resolution.

Coupled with a rear camera resolution of 13MP and a front resolution of 5MP, this device takes photo and video sessions to a whole new level of quality. Its package includes the innovatory S Pen Stylus also by Samsung designed with precision and excellent pressure response.

Its lithium polymer battery offers you 12 hours of non-stop service when fully charged. Quite impressively, the S3 Tab offers the option of either touch screen or keyboard use. It pairs well with the Samsung Bluetooth keyboard and lets you multitask whenever you need to.

This 2nd Generation Apple iPad offers one of the best visual experiences thanks to its large 12.9-inch retina display designed with a powerful 2732 x 2048, true tone resolution. This screen is impressively coated with an Olephobic layer so that it is fingerprint-sensitive. 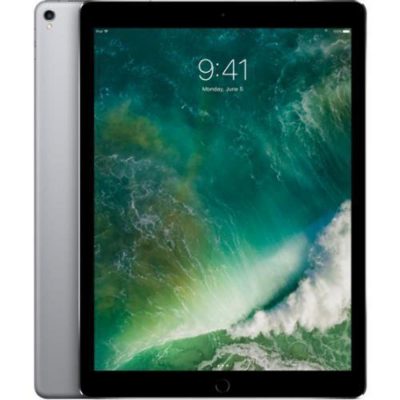 The 1.53 lb iPad runs on Apples own 10x 6-core 2.39 GHz chip together with the M10 2.3 GHz graphics coprocessor to supplement it. This along with its 4GB RAM expandable to 256 GB DDR2 flash memory significantly enhances its performance especially when there is need to extend its use to PC or laptop functionality.

The Surface Pro FJX-00001 by Microsoft is an excellent option for the professional who is keen on top performance, longer battery life and a wide display with a great screen resolution. 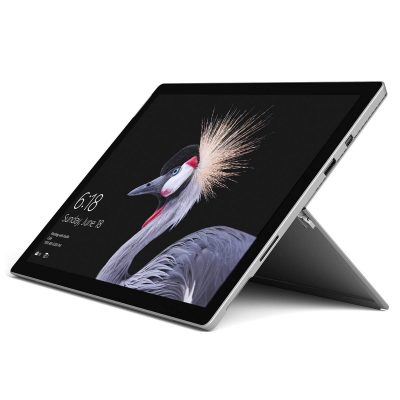 The latest and perhaps the best model that Microsoft came up with, the Surface Pro FJX-00001 operates on professional grade Windows 10 operating system and is designed with a superfast processor, the 3 GHz Intel Core i5.

Its 8 GB RAM expandable to 256 GB on flash memory enhances this performance totally eliminating the sometimes freezing or painfully slow operation when running multiple programs. This device delivers more than 13 hours of video playback with a full charge of its lithium polymer battery.

It features a large 12.3-inch PixelSense console with 2736 x 1824 pixels resolution which works well either with the Microsoft Surface Pen, purchased separately, or using the touch feature. Its display can also be enhanced by the stylish Surface Pro Signature Type cover also designed by Microsoft.

Other impressive features include one 3.0 USB ports and a rear 8 MP camera. Finally, it operates on 802.11.a/b/g/n/ac Wi-Fi wireless network Bluetooth 4.1 wireless technology.

The Mini 4 iPad by Apple lands in the space at a time when users are particular on high performance, longer battery life, and quality visual experience. It has not fallen short of client expectation. 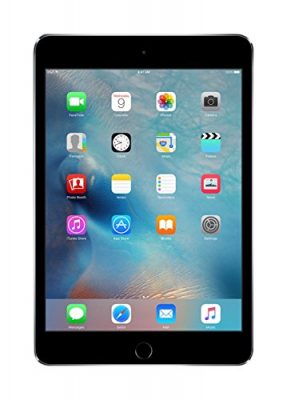 A 7.9-inch backlit LED retina display with 2048 x 1536 resolution makes it an excellent option for those looking for flexibility when working. Along with 1080p HD video mode, the Mini 4 iPad delivers an excellent recording experience.

It operates on Apple's iOS 9 which has been hailed for its ability to multitask and for its lower battery consumption. In addition to this, it is powered by a Dual-Core 64-bit ARM-based A8 processor integrated with Quad-Core Graphics coprocessor.

This, coupled with 128 GB DDR3 flash memory capacity will certainly deliver a faster streamlined operation. This device operates Wi-Fi on 802.11a/​b/​g/​n/​ac communications, Bluetooth 4.2, and cellular wireless technology. The MK9N2LL/A iPad Mini 4 is integrated with an 8MP iSight rear camera and will deliver up to 10 hours of battery power when fully charged.

This MediaPad by Huawei is a slim 3mm-thick device built with an aluminum body making it very stylish, lightweight, with an easy-grip design. 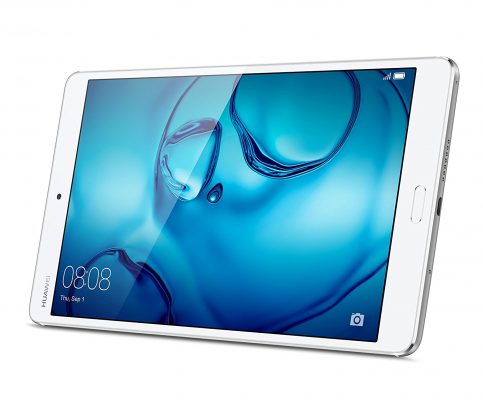 The Huawei BTV-W09 MediaPad is powered by the HI Silicon Octa Core 2.3 GHz processor on the Android 6.0 Marshmallow platform with UI 4.1 interface for a great GPU performance. This MediaPad is designed with an 8.4-inch IPS display with 2560 x 1600 resolution and a large 4 GB DDR3 inbuilt memory expandable to 32 GB Flash memory.

Unlike others with office suite as the core function, the MediaPad also features excellent audio visual detail including 8MP for both the front and rear camera and 1080p HD video playback and recording, superior Wi-Fi and GPS wireless connection, and HiFi headphones compatibility.

The slate black Yoga Tab 3 device offers a great audio visual experience thanks to its versatile design. It can be made to stand, hang from the wall, tilt, or be held in the hand. 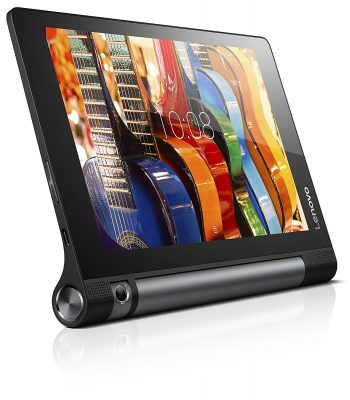 Equipped with an 8-inch screen with 1280 x 800 resolution, the Yoga Tab 3 delivers quality visuals for all its functions. This together with the Dolby Atmos sound produced by the two integrated front-facing speakers gives this device projection capabilities for an immersive audio visual experience.

Additionally, you can connect it to your television screen using USB type C for an even better experience. The screen is designed with the innovative AnyPen technology which allows you to use a conductive pointed object as a pen.

It is powered by Qualcomm Snapdragon 1.3 GHz 8032 processor on an Android 5.1 Lollipop platform. Along with 2 GB of DDR3 RAM expandable to 16 GB of installed memory the Yoga Tab 3 will deliver an amazing 400MHz memory speed. It works with Wi-Fi, Bluetooth 4.0., and GPS wireless technologies. Its rear 8MP resolution camera rotates to 180° giving it one of the best photo and video functionalities.

Asus Zenpad is designed with a 9.7-inch IPS screen and with its excellent performance thanks to its big 4 GB RAM memory. This makes it a great multitasking device. 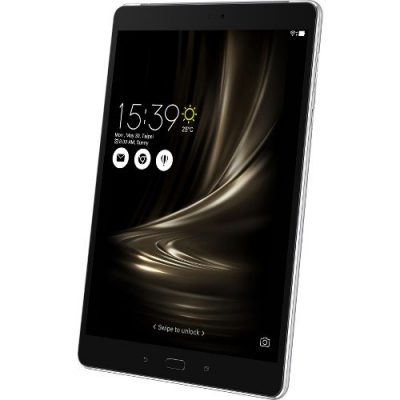 The 9.7-inch IPS screen of the ZenPad with 2048 x 1536 resolution is uniquely designed with ASUS’ own TruVivid technology which enhances its visuals by letting you have a wide 178o viewing angle. It is integrated with an accurate fingerprint sensor for security and protected by the tough Corning Gorilla Glass 3 screen cover to protect it from damage. Secondly, it comes with super powerful performance thanks to its hexa-core processor which includes a Dual-Core 2.1 GHz ARM-based Cortex processor together with a Quad-Core 1.7 GHz 64 architecture MediaTek processor.

The IMG GX6250 Graphics coprocessor has also been integrated to further enhance its performance. Along with 4 GB RAM and 65 GB flash memory, this is among the best performing devices. The ASUS ZenPad 3S is built on Android’s 6.0 operating platform to deliver streamlined operations.

Quite impressively, it comes with a dual camera with 8MP and 5 MP resolutions and is compatible with a 128 GB SDXC Type C microSD card to cater for literally all your storage needs. Finally, this tablet supports the 2-in-1 Audio Jack and with ASUS SonicMaster 3.0 technology that utilizes dual 5-magnet inbuilt speakers to deliver a cinematic surround-style audio experience. It weighs only 0.95 lb making it conveniently portable. 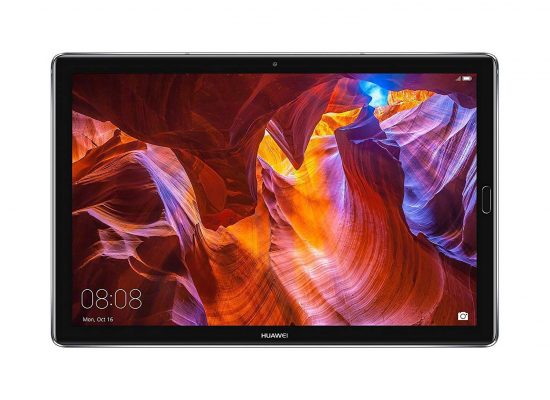 This MediaPad M5 tablet comes with inbuilt Kirin 960 2.1 GHz processor together with Mali G71 Graphics coprocessor for top GPU performance. Together with 4GB RAM and 64 GB of flash memory, this Huawei tablet brings a fast and efficient performance.

Secondly, it is built on Android’s 8.0 Oreo platform which further enhances is superb performance. A battery life of 10.5 hours is considered long enough to meet any users’ needs be it gaming, video playback, or office suite operations.

A quick charge option of 3 hours for a fully charged battery will save you during critical moments. Overall, the MediaPad M5 is not only a great performer, it is also designed for lovers of style and class and its space gray exterior will certainly appeal to the eyes.

Tablets are becoming more essential by the day. Depending on their needs, people prefer them based on different factors such as the operating system, internal memory, and most importantly, the processor.

Apple's iOS and Android platforms may be the best for users whose first priority is entertainment since they come with several free and paid apps and games. On the other hand, Microsoft makes the best option for those in need of laptop or PC functionalities.