AIO coolers are the easiest route if you plan to dive into liquid cooling.

Besides AIO coolers there are the custom liquid cooling loops but those are a speciality thing requiring some skills.

The key advantage of aio coolers is ram clearance, better space management, and aesthetics. Also, aio coolers do not create hot air inside the case like air cooler heat sinks. The liquid transfers the heat to radiators which push it out of the case with hot air.

This makes aio coolers really compact and they don't require a wider pc case as the air coolers.

If you are planning to buy a aio cooler for your current pc or a new pc, there are few key specifications to know about aio coolers. 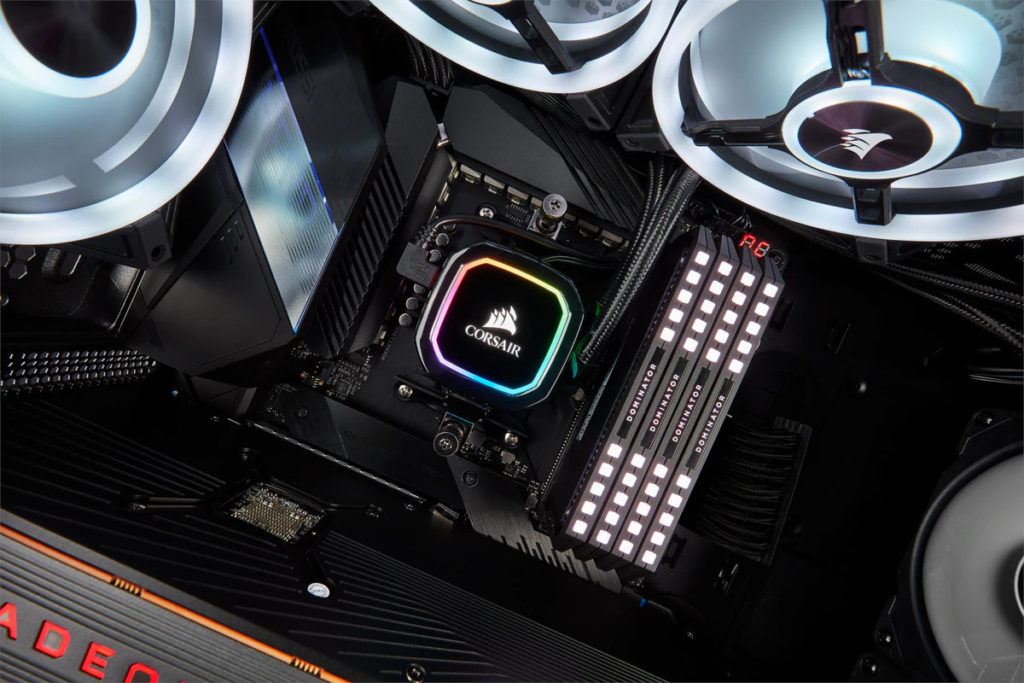 Before we get into the key specifications of aio coolers, lets take a look at how they work.

An AIO cooler consists of a block, pump, tubing, radiator, and fan. Let us take a look at the components to understand how each works.

The key component for any cooling solution for a CPU is the block. The CPU block is equipped with a cold plate that is attached directly to your processor’s IHS or Integrated Heat Spreader.

The IHS is the metal part you see on your processor, which is attached to the CPU die using a thermal interface material in the form of thermal paste or soldered directly to the CPU die. 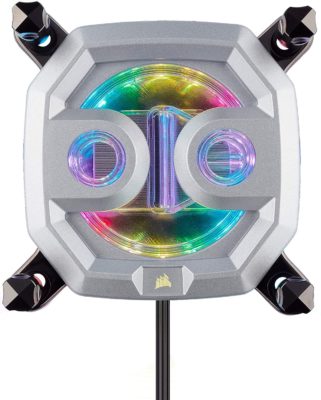 The pump is often placed inside the CPU block and used to circulate the liquid coolant inside the water cooling loop. The pump’s propeller is placed at the back of your cooler’s cold plate to move the warm coolant away from the micro fins and push in cold liquid to the micro fins. 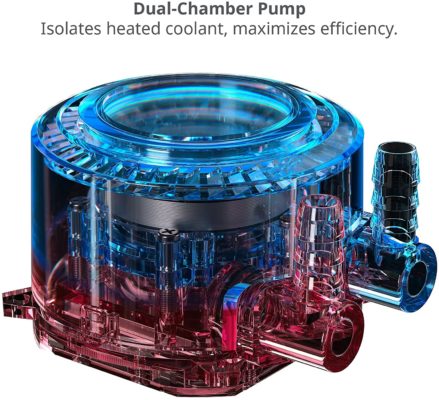 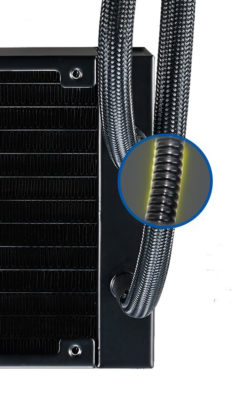 Once the hot coolant makes its way to the radiator, its hot temperature is absorbed by the radiator. The coolant flows to the fins of the radiator where fans are placed to push away the heat from the liquid coolant.

Now that you have an idea of how AIO components work, let us discuss the important aspects that you should consider when purchasing an AIO cooler.

Key Specifications to Look For

Now that you are familiar with the working of aio coolers, lets take a look at some of the key specifications of these cooling gadgets. The important parameters include

To get things started, the first thing that you should consider when buying an AIO cooler is the size. You must get an AIO with a radiator that fits your case.

Check out the list below for the most common sizes of radiators on AIOs.

Processors have different mounting points and brackets depending on the manufacturer. With this, you must check the AIOs supported socket list so that you won’t end up with a cooler that would not fit your system.

For Intel processors, you should look for AIO coolers that support 155x, 1200, 2011, and 2066 sockets. Head over to Intel’s website and search for your processor if you don’t know what socket it uses.

On the other hand, if you are using an AMD processor, look for an AIO that supports AM2, AM3, AM4, sTR4, and sTRX4. Go to AMD’s page and look for your processor if you have no idea which socket it uses.

TDP ratings are measured in watts and give an idea of the cooling capacity of the cooler. In general the TDP value of a cooler should be equal or higher than the tdp rating of the processor.

If the processor is rated at 125W tdp then the cooler should be 125W TDP or higher.

The TDP rating of the coolers can be found on the manufacturers official site.

If you have a processor like an Intel Core i7 or AMD Ryzen 7 that has 8+ cores with hyperthreading and high clock speeds, you should buy an AIO with a triple fan radiator setup (360mm) for optimal cooling.

These processors tend to produce more heat and a larger surface area on your radiator would help dissipate that heat faster.

On the other hand, if you own an Intel Core i5 or AMD Ryzen 5 a 240mm dual-fan radiator is already enough for your cooling needs with a slight wiggle room for overclocking. However for lower cooling requirements, an air cooler might be a better choice instead of a smaller aio cooler.

However, if a single 120mm radiator is the only AIO that would fit your build, then go ahead and purchase it. You can also consider decent low-profile air coolers like the Noctua NH-L9x65 with a TDP of 85W.

Check out these AIOs with desirable TDP ratings for a decent price.

2. Corsair iCUE H150i RGB Pro XT - If you are looking for a decent cooler with a 360mm radiator, you should definitely check Corsair’s iCUE H150i. It has a max TDP rating of 250W which can handle any processor you can imagine.

3. Cooler Master ML240R - For a slightly higher price compared to Cooler Master’s LC240E, you can get their ML240R all-in-one cooler with a max TDP rating of 230W. Priced at $115, you get customizable RGB fans, 240mm radiators and a dual-chamber pump.

4. DEEPCOOL Captain 240 RGB V2 - Last on our list is a cooler from DEEPCOOL. For about $80, you can get the Captain 240 V2 which has a TDP rating of up to 250W, suitable for handling flagship processors for Intel and AMD.

Aside from the pump, radiator fans are also responsible for dissipating the heat from your CPU efficiently.

To get the most cooling possible for your processor, you must pay attention to the type of fans used on your cooler.

First is the fan's CFM or Cubic Feet Per Minute. This indicates the amount of air that your fan can move or blow at a given time.

Although higher CFM would not always mean better cooling performance, it is still something that you should consider.

NZXT’s Kraken X53s are a good example for this with its radiator fans being able to move 73.11 cubic feet of air per minute. Other coolers like the Kraken X63 and Z63 have radiator fans with 98.17 CFM rating.

Keep in mind that any computer fan that has a 70 CFM rating or higher would be considered high airflow which is your best option for cooling.

On the other hand, you should also take into consideration the fan's RPM. This indicates the rotation speed the radiator fans.

Having fans with higher RPM would help circulate more air faster to your radiator fins to cool down the coolant inside faster. However higher RPMs on fans also mean higher noise levels.

If higher RPM fans are important for you, consider getting AIOs with radiator fans being able to reach well above 2000 RPM like the Corsair iCUE H100i and CoolerMaster ML360R. 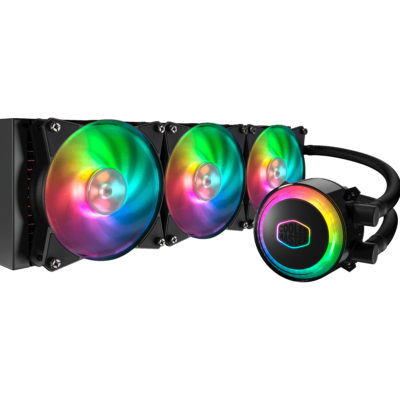 If you care about noise and are easily bothered by loud fans, then you should also consider the noise rating of your AIO. Lower decibel ratings would mean lower operating noise of the aio cooler.

Corsair’s H115i is a good example of this. It only has a 25 dB (decibel) noise rating, comes with RGB functionality and a 240mm radiator for a dual fan setup.

Aspects like aesthetics are also a thing that you might want to consider. However, you should not compromise performance for good looks. These should come last on your priorities.

If you want an AIO with RGB functionality, you can look into CoolerMaster’s LC240E that has a dual RGB fan radiator and an RGB water block for around $66.

You can also look for AIOs with fully customizable lights like the AORUS RGB Liquid Cooler 240. It has a customizable LED display on the waterblock and advanced lighting control to best match your setup.

Finally, the most important factor is your budget. If you plan to buy an AIO for your system, we suggest that you prepare a budget that is enough for a dual or triple fan radiator AIO.

CoolerMaster’s ML240L is a good option with a 240mm radiator. Their ML360R is another cooler you can settle with if you want a 360mm radiator.

However, if you have a tight budget and can only purchase a single fan radiator, we suggest that you just get an air cooler that has a similar price.

Be Quiet's Dark Rock Pro 4 air cooler is a good alternative for a single fan radiator cooler. It has a twin-tower heatsink with 250w TDP and similarly priced as NZXT’s Kraken M22 120mm AIO cooler.

Other Things to Consider

The final thing to consider is the tubing length of your all-in-one cooler. Longer tubing for your cooler would allow you to position the radiator better, especially if you are putting it on a full tower case.

On the other hand, shorter tubing is much desirable on mini and micro ITX builds where there is limited space to work on.

This wraps up our guide on AIO coolers. Be sure to look for the mentioned key points above before buying your desired AIO to ensure that you would be satisfied with your upgrade.