Elementary OS is a great distro in the Ubuntu family of linux distros that offers a mac like look and feel on the desktop.

It features a completely new desktop environment called Pantheon that is built atop GTK libraries.

The desktop itself looks very stylish but very user-friendly and intuitive at the same time. And it looks great on laptops.

For the time being I tried it on virtualbox where it works flawless, except that you need to install the virtualbox guest additions like every distro. 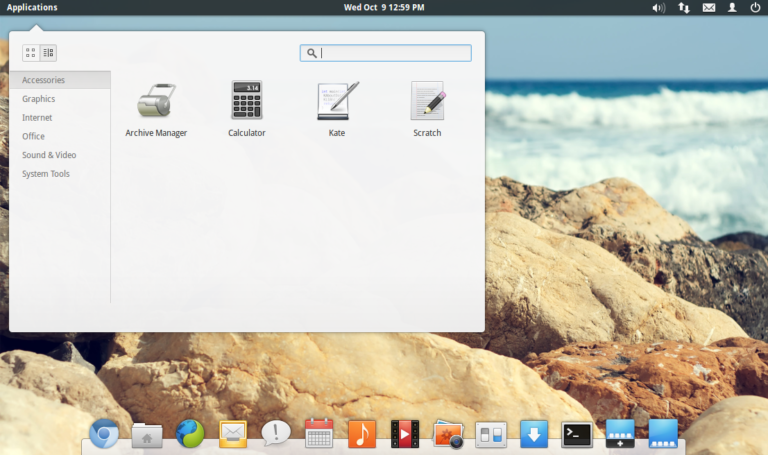 However also know that there is a guest additions package that is available in the ubuntu repositories too.

So you can install from either of the 2 places. Just that the repository version would generally be older or outdated. And the one that's inside virtualbox is the latest version.

The first thing you need to do is prepare your system to be able to compile kernel modules like virtualbox guest additions.

For this you need to install the correct kernel headers for your distro. These are readily available in the repositories.

The above command should download around 9MB of packages from the repository. After it finishes, run the m-a command to prepare the kernel headers

All essential packages to build the virtualbox guest additions are not installed.

Click Devices > Install guest additions from virtualbox window, or press right Ctrl + D. This will "insert" the guest additions cd into elementary. But we need to mount the cd to use it.

To mount the cd, open the file manager and click on the cd icon on the left under the "Devices" section.

It should be named "VBOXADDITIONS".

It will open the cd contents and also mount it. The mount directory is located in the /media directory.

If you wish to mount it from the terminal, then first use the lsblk command to find the device and then mount it somewhere in your home directory.

Now open a terminal and navigate to the directory where the guest additions cd is mounted and run the linux installer.

And it should start the installation, take a few minutes and finish successfully. Here is the actual output you should see if the compilation succeeds.

Check the line that mentions "Building the VirtualBox Guest Additions kernel modules ...done." It must show "done" and not failed, for the compilation to succeed.

Unmount the guest additions cd image from the file image or from the terminal.

3. Verify that guest additions are working

The virtualbox guest additions load as kernel modules that can be verified using the command shown below.

The modinfo command shows that the installed version of virtualbox guest additions is 4.3.10

The process to access shared folders inside elementary OS running as guest, is same as other linux distros. First create a shared folder from "Devices > shared folder settings" option in virtualbox window and give it a distinct name.

Some versions of Virtualbox have a bug where the mount command fails to mount the shared folder. Both "mount.vboxsf" and "mount -t vboxsf" would fail in such cases. Here is an example

The problem is caused because the mount.vboxsf command does not exist inside /sbin directory or points to a wrong path.

To fix this issue we need to use the correct path for the mount.vboxsf command.

In most cases the mount.vboxsf command is located at the following path

The above command should be able to mount the shared folder and make it accessible from within elementary OS.

The compilation steps shown above can be skipped entirely and the virtualbox guest addons can be installed with a package from the repository.

However, the guest additions available in the repository would be outdated most of the times compared to the latest version of virtualbox available.

There might as well be a conflict with the virtualbox version and the guest addons from the repository.

Following the above mentioned steps you should be able to install the virtualbox guest additions in elementary os.

If you have any feedback or questions, let us know in the comments below.

How to Install Virtualbox Guest Additions on Elementary OS 0.2 Luna